By Joel Goldenberg November 18, 2015
Councillor Mitchell Brownstein has announced that he will be running for the mayoralty of Côte St. Luc early next year, to replace now-Mount Royal MP Anthony Housefather.
“I worked extremely closely with Anthony these past 10 years and I believe together with our most talented council, we can continue to build one of the most desirable communities in which to live,” Brownstein says.
Brownstein has the support of Housefather and all seven of his council colleagues, including Allan Levine, who withdrew his own candidacy for the mayoralty.
“It is very important to me that Cote St. Luc remain a city that empowers and encourages each council member to succeed in their areas while having a mayor that can unite the council and create consensus, ensuring the best services are delivered to residents,” Housefather said in a prepared statement. “I have worked closely with Mitchell as leaders of the demerger movement and on council for the last 10 years and Mitchell is that man. The fact that so many other talented council members who also could have been excellent candidates support Mitchell is testament to his abilities.”
Brownstein was on council from 1990 to 2001 and returned after demerger took place in 2005. He was acclaimed in the 2009 and 2013 elections, and was a demerger leader in Côte St. Luc. “For the past 10 years we have seen the benefits of demerger, which allows for direct taxation, control over our unions, our infrastructures, emergency medical services, and so much more,” said Brownstein.
His portfolios have included parks and recreation and public works, and he founded the Côte St. Luc Dramatic Society, co-chaired the Aquatic and Community Centre Development Project and was a pioneer of the Fun Card concept.
Each remaining council member issued a statement of support for Brownstein.
Côte St. Luc council passed a resolution at Monday night’s council meeting asking the Quebec Municipal Affairs ministry to allow the mayoral by-election to take place on Sunday, April 10, 2016. A notice announcing the by-election will be placed by the city’s returning officer in early December.
Normally, the by-election has to take place four months after a council vacancy is announced — that announcement was made at the Nov. 9 council meeting.
Council’s resolution asks for the extension because of the “numerically substantial” senior population in the city who stay in Florida from December to March, and return in April.
“It is in the best interests of the city to maximize the democratic process and voter turnout by including as many of these seniors as possible in the by-election process,” the resolution adds.

See the full Press release below 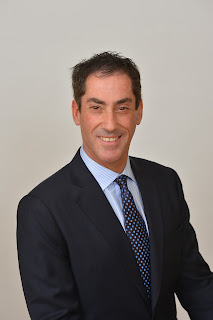 Côte Saint-Luc City Councillor Mitchell Brownstein has announced that he will be a candidate for the vacant mayor’s position in the upcoming by-election.

Anthony Housefather stepped down as mayor recently after being elected as the Member of Parliament for Mount Royal.  Housefather has endorsed Brownstein for mayor as have all seven other members of council: Dida Berku, Allan J. Levine, Sam Goldbloom, Mike Cohen, Steven Erdelyi, Glenn J. Nashen and Ruth Kovac.

“ In stepping down as Mayor I am not leaving Cote Saint-Luc” said Housefather.  “I still live here and as the federal member of Parliament I will be working very closely with my former council colleagues as well as the other elected officials in the riding.  It is very important to me that Cote Saint-Luc remain a city that empowers and encourages each council member to succeed in their areas while having a Mayor that can unite the council and create consensus ensuring the best services are delivered to residents.  I have worked closely with Mitchell as leaders of the demerger movement and on council for the last 10 years and Mitchell is that man.  The fact that so many other talented council members who also could have been excellent candidates support Mitchell is testament to his abilities.  I firmly believe that Mitchell will deliver the same type of results that I did as Mayor and due to our close friendship I will remain very involved in advising him whenever he wants my input.”

Brownstein is an attorney by profession and has served on city council from 1990 to 2001. He then joined Housefather, Kovac and Nashen as a co-chair of the successful demerger movement that won the 2004 referendum to reconstitute the City of Cote Saint Luc and returned to council in the 2005 election.  He was re-elected by acclamation in 2009 and 2013.

As a Cote Saint Luc Councillor he has held important portfolios, including overseeing the two largest municipal departments, Public Works and Parks and Recreation. He founded the highly successful Côte Saint-Luc Dramatic Society, co-chaired the Aquatic and Community Centre Development Project and was one of the pioneers of the Fun Card concept.  As a long time member of the Planning Advisory Committee he was integrally involved in many development projects in the community including the OrHahayim synagogue expansion, the Hebrew Academy building, Beth Chabad, the Cavendish Mall redevelopment project and many residential projects where he put the emphasis encouraging young families to move in to Cote Saint-Luc. He was instrumental in having Hydro move the high tension wires away from the homes on Sabin Ave, that are backing onto the substation.  He played a pivotal role in the upgrading of many parks, including Nathan Shuster, Richard Schwartz,  Arthur Zygielbaum, Allan J. Levine Playground and others.

Brownstein is most proud of his being one of the leaders of the successful Canadian Unity resolution movement in 1996. Cote Saint Luc was the first city to adopt a unity resolution and was followed by more than 50 municipalities and served as a contributing factor in the Supreme Court reference and ultimate adoption of the Clarity Act by the government of Canada.
“For the past 10 years we have seen the benefits of demerger, which allows for direct taxation, control over our unions, our infrastructures, emergency medical services, and so much more,” said Councillor  Brownstein.  “Through Anthony Housefather's portfolio system each one of the councillors has excelled in their areas of expertise pursuing their passions to the benefit of the city. I worked extremely closely with Anthony these past 10 years and I believe together with our most talented Council we can continue to build one of the most desirable communities in which to live.
“Côte Saint-Luc is fortunate to be a relatively small city without a party system, allowing individuals to work together, by consensus, without having to tow the party line.  Most importantly, it allows us to speak up on behalf of our residents on issues of concern to them whether it be Canadian Unity, demerger, opposing the Charter of Values, maintaining bilingual status, maintaining post office home delivery, saving our EMS or keeping our police station in Cote Saint-Luc.”
Councillor Goldbloom said that when he thinks of Councillor Brownstein, the word “innovation” comes to mind. “I am a member of the Dramatic Society and watched how Mitchell built that from scratch,” he said. “When Mitchell has a goal in mind he does not let anything stand in his way.”
Councillor Cohen notes that Councillor Brownstein has been involved with some of the city’s most important files during his time in office. “This council needs continuity and leadership,” he said. “Councillor Brownstein has all of the right qualifications to thrive in this job.”
Councillor Berku said “Given that we just came out of a very divisive federal campaign, and since there are less than 2 years to go until the end of this mandate, it’s a good time for council to rally around one candidate for Mayor while all councillors continue to focus and pursue their areas of interest. I want to promote the best interests of the city by rallying our efforts into team governance,  minimizing tension on and off council and hopefully saving the city the costs and disruption  of a city wide midterm election.”

Councillor Erdelyi said that when he was first elected 10 years ago, it was Councillor Brownstein who provided him with a lot of important insight to the job. “I actually sit right next to Mitchell at our caucus meetings,” he said. “He is a real team player and someone I appreciate turning to for counsel. That is what I want in a mayor.”
Councillor Nashen, who presently serves as Acting Mayor, said that he and Brownstein share a common vision for the city which is why they have run on common issues in every election. “Mitchell and I want to see the rejuvenation of the city, responsible and transparent accountability,  involvement by residents and volunteers. We are concerned about environmental issues and above all are focused on public safety,” Nashen said.
Councillor Ruth Kovac said "We have worked side by side and shared common goals since 1990. One of my proudest moments was the work of our Demerger team consisting of myself, Anthony, Mitchell and Glenn, and getting our City Back. As I chair the Planning Advisory Committee, I know Mitchell has a keen interest in the development of our city. We will continue in the cohesive way we have over the past 10 years.”


Councillor Allan J. Levine, the longest-serving councillor said “As I focus on my priorities representing my district and the city, I will not seek the mayoralty. Councillor Mitchell Brownstein is announcing his declaration to run for mayor, and I intend to fully support him in his campaign. I have worked alongside Councillor Brownstein, and I believe together we can lead Cote Saint Luc in the right direction.”

Posted by Mitchell Brownstein, Mayor of Cote Saint Luc at 12:03 No comments:

May 2015 - The Government of Canada has announced major changes to the Canadian Citizenship Act that will affect the requirements for eligibility among other factors.  It is unknown at this time as to the exact date when the new law will apply, so it is very important for those presently eligible to file their applications as soon as possible.

For more information on the many changes that will affect those wishing to apply for Canadian Citizenship please call our office at 514-939-9559 or email us at brownstein@videotron.ca.

Posted by Mitchell Brownstein, Mayor of Cote Saint Luc at 12:42 No comments: